Firebird FH12-SS: Metal and Nothing Extra 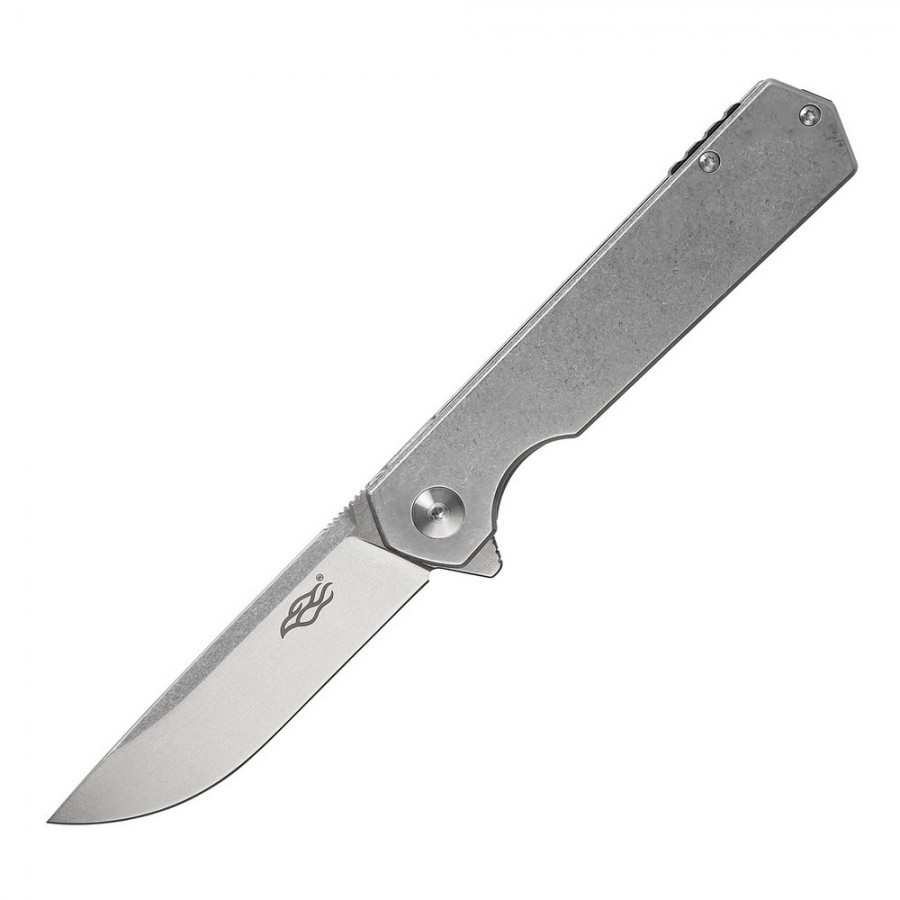 Have you heard about knives and multitools Ganzo? And maybe personally seen and even enjoyed? If yes, then we will immediately say that this model, produced under the Firebird brand, has practically nothing to do with what you saw earlier, in the good sense of the word, of course.

Yes, until 2018 and until 2019, Ganzo knives were just a good option for the money. Now, after rebranding and revising some internal quality standards, Firebird knives compete with knives from better-known manufacturers. Moreover, new items from Firebird are captivating not only due to lower prices, but also with excellent workmanship and durability.

Today, Firebird products are not just inexpensive and practical knives, they are reliable tools that will help you in any conditions. In addition, the new items received a very attractive design, thanks to which they are already in demand not only among tourists, but also among those who are looking for a good EDC-knife.

Firebird FH12-SS is ... simple and tasteful.

This is exactly the knife that really looks cool not only on a photo or video on the Internet, but also in real life. All-metal construction, combined with the processing of Stonewash leave an indelible impression even on those who are far from the knife subject.

Ergonomics and ease of use

Yes, angular shapes and a metal handle is not the best choice for a tourist knife. But, as for the EDC, quite.

It lies well in the palm of your hand. When held, it really feels all its weight. Intuitively, you know that in the hands is a well-assembled thing that will not fail.

For opening packages, the so-called "batoning" and other everyday tasks, it is great. But for a long blocking of the branches in the field conditions - not very much, however, the knife will cope with this task perfectly if you put a little effort and put on gloves.

Oh yes, the handle is made of stainless steel. This results in a pleasant weight while holding. Still, we do not recommend leaving Firebird FH12-SS for a long time in the cold or under the scorching sun, metal after all.

There is a plastic backspacer with a large notch, allowing you to confidently hold the knife and reverse grip. Just below the backspaser is a lanyard fixture. This opening is rather large and closed from the blade.

On one of the dies of the handle mounted metal clip. She sits tight and almost completely hides the knife in her pocket.

Regarding the notches (on the butt of the blade, “fin” and on the bexpaser), they, like all edges of the knife, are well processed and do not cut the palm while holding.

Have we already said that this knife is excellent cuts? Yes, he easily copes with products and other materials. And the best part is that it keeps grinding for a really long time, since D2 stainless steel, hardened to ~ 60 HRC, is used to make its blade.

In addition, the Firebird FH12-SS blade has a classic form (Normal blade), which, in combination with the smooth sharpening of the cutting edge, is perfect for performing a wide variety of jobs, including those where you need to make significant physical efforts.

The blade is removed using a special "fin", which is part of the blade (Flipper). In the open form, this detail also performs the role of a kind of guard.

One of the key features of the Firebird FH12-SS model is the presence of a rolling bearing system. They allow the blades to literally "fly out" of the handle.

Just clicked on the "fin" and everything, you got a full-fledged knife in your hands. The speed of opening the Firebird FH12-SS can be compared with some models equipped with the Button-lock lock.

Is this mechanism reliable? Yes, at least until the knife is taken care of in time and does not allow excessive staining.

When opening the blade, it occupies the working position and is fixed with the help of the Frame-lock. For those who do not know, this is extremely simple and one of the most reliable mechanisms for blocking the blade, of those that exist today.

Firebird FH12-SS is a modern folding EDC knife with all the attendant features.

It looks stylish, but is not suitable for long and hard work. It is durable and wear-resistant, but needs timely and high-quality care. This knife can surely be called a universal working tool, but it will be such only in the hands of someone who can use it correctly. And, well, he also looks very cool and is built on the top five with a plus.